Key figures on promoting the BioRegion

“We had the privilege of kicking off Biocat when the life sciences sector was just beginning to consolidate as a cluster in Catalonia. Over my 8 years as CEO of Biocat (2007-2015), I had the opportunity to see the day-to-day workings of great entrepreneurs, participate in large-scale country-building initiatives, and help build, as far as possible, a sense of community here at home. The main thing I’ve taken away from the experience is having met great professionals who are fighting (and starting to achieve) to have an impact on this sector on a global level.” Montserrat Vendrell, CEO (April 2007- September 2016). 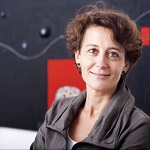 “Over the four years I had the honor of heading up Biocat, one of our top priorities was to make Catalonia a benchmark in Europe in the biosciences and to consolidate the biocluster. Those were the early days and we needed funding, positioning, cooperation and loads of motivation with an international viewpoint… The extraordinary team of professionals at Biocat and the potential and quality of our ecosystem did the rest! Today, Catalonia is a benchmark in Europe, a hub for generating knowledge and a magnet for investment in the healthcare arena.” Manel Balcells, President of the Biocat Executive Committee (January 2007 - February 2011). 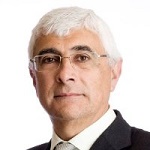 “If Biocat didn’t exist, we would have to create it. From the very beginning, Biocat has been an essential tool for consolidating, facilitating and boosting talent and initiatives in the healthcare and life sciences arena in our country. It is also an international benchmark, facilitating knowledge transfer and collaborating on projects with a wide scope. All thanks to an excellent team of professionals who are committed and effective, have been able to adapt to changing times and work with a vision for the future.” Joan Cornet, President of the Biocat Executive Committee (September 2005 - December 2006).