In December 2016, Barcelona hosted another edition of Health & Bio Team Dating, an event organized by Banc Sabadell BStartup, Biocat and CataloniaBio, with collaboration from 27 university and research institutions in Catalonia. It is a pioneering format in the healthcare and life sciences sector that brings roughly one hundred scientists and executives together using a platform that sets up 30-minute meetings to help launch business projects. In just four hours, more than 200 meetings were held.

The event followed the same format that was so successful in the first edition, held in December 2015. That year, 82% of participants made contacts and began collaborating as a result of this initiative and 67% are still working together to push their projects forward. Six teams have successfully reached some kind of agreement or deal and all of the participants said they would repeat the experience.

Initiatives like Health & Bio Team Dating speed up technology transfer, which the healthcare ecosystem in Catalonia needs to be more innovative and competitive.

This year’s event invited some of the success stories from Health & Bio Team Dating 2015 to share their experience: Dr. Ruth M. Risueño, founder and CSO (Chief Scientific Officer) of Leukos Biotech (spin-off of the Josep Carreras Leukemia Research Institute), and Dr. Enrique Llaudet, who became CEO after their meeting at the 2015 edition. The company is finishing preclinical development of a new class of drugs to treat acute myeloid leukemia (AML) and has raised €3.5 millions in funding. “Researchers are scientists and we need the help and guidance of trained business professionals. Health & Bio Team Dating allowed me to find a CEO for my project,” explained Risueño. “For me, the ‘date’ led to an exciting, rewarding new job,” said Llaudet. 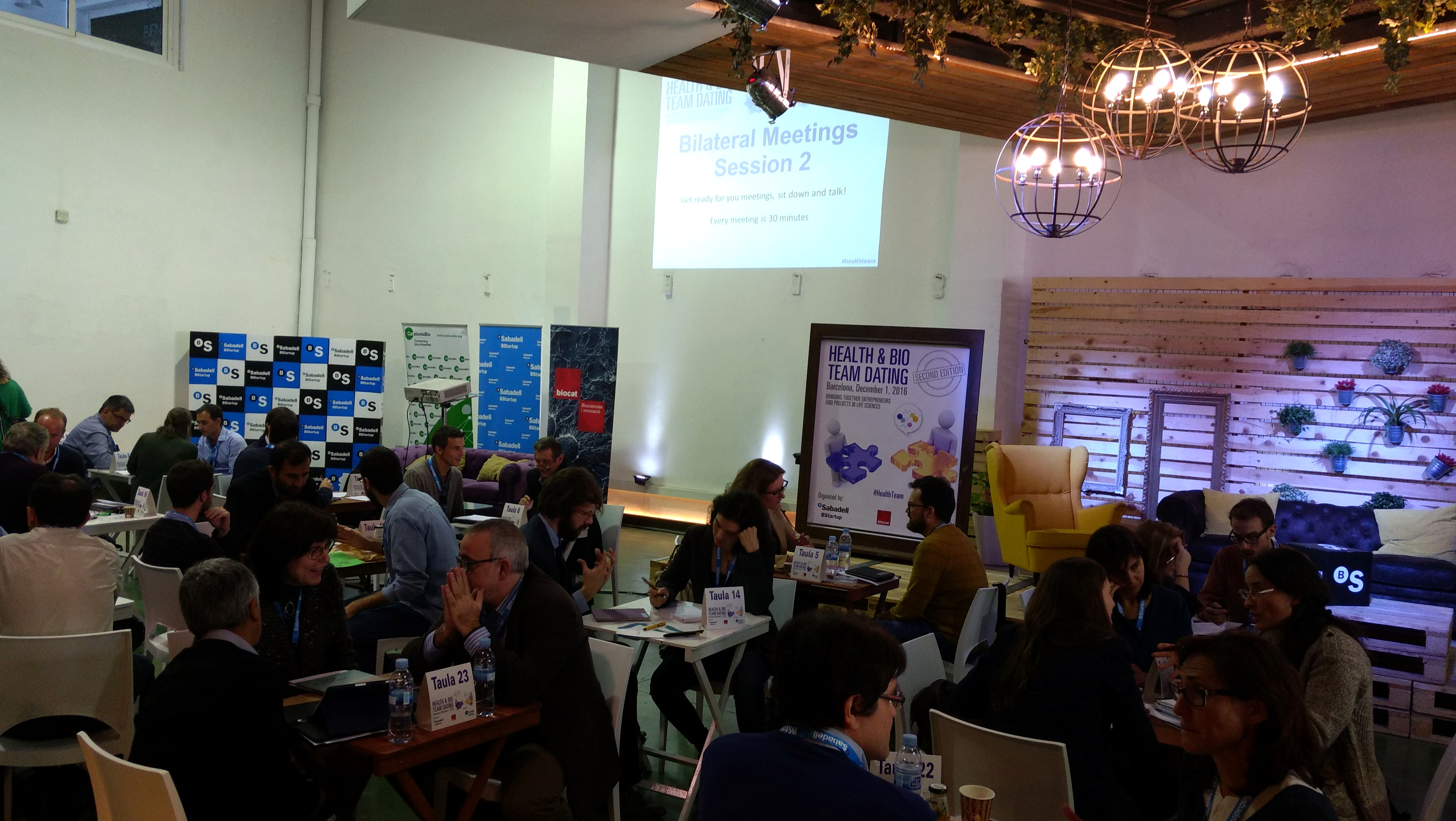 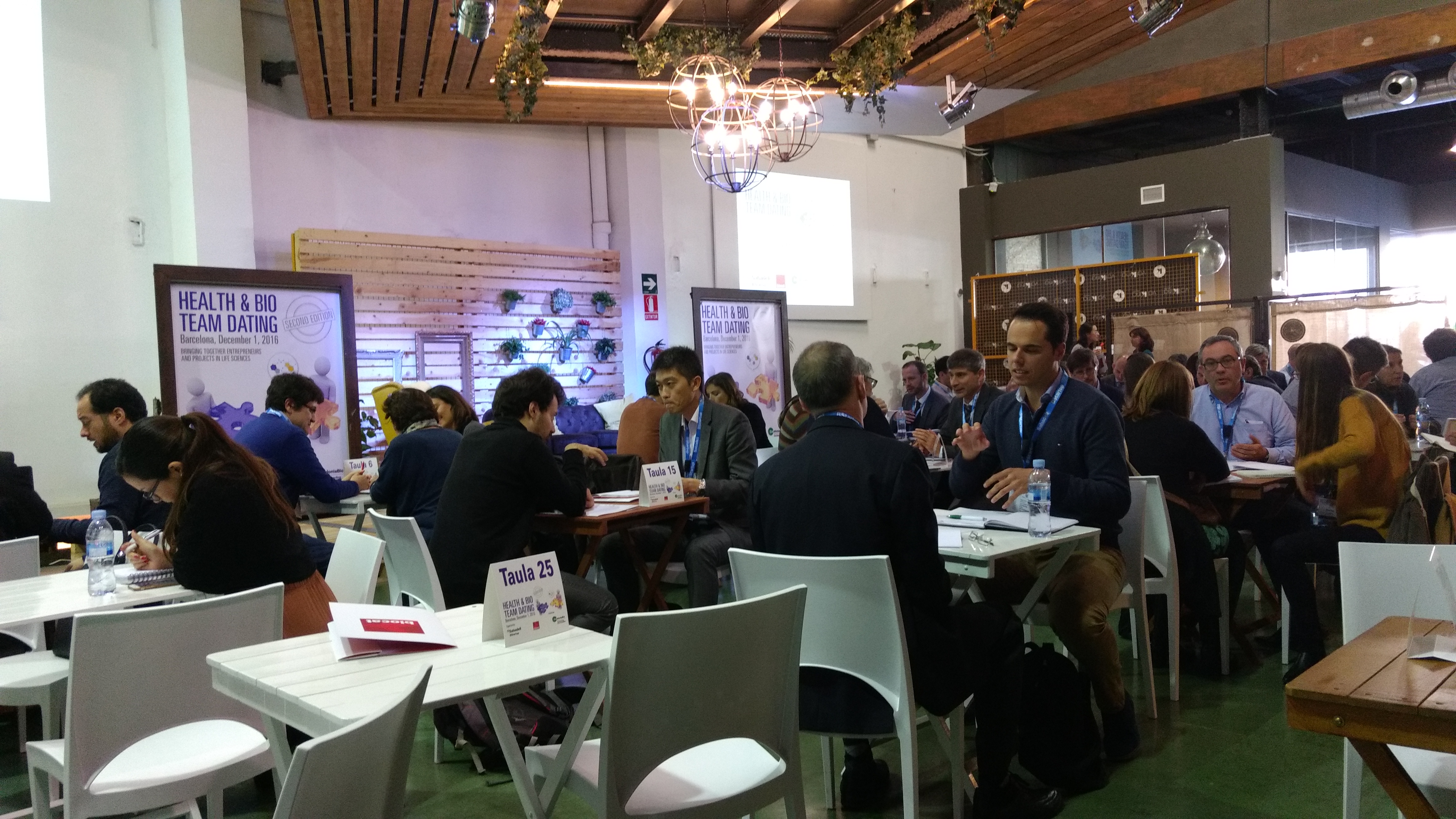 In just four hours, more than 200 meetings were held.